Louise has a wealth of experience as a teacher of both drama and dance teaching at many leading stage schools throughout Essex since 2008. She also works as a freelance Drama Practitioner . Louise has taught GCSE Drama at The Colchester High School covering maternity leave and provides tuition for LAMDA examinations. Her Directing work includes working with both adults and children. She has directed the last eight pantomimes for Young Expressions in Ingatestone where they won Best Pantomime at The NODA awards for “Treasure Island”. Her production of “Sweeney Todd” at The Brentwood Theatre for Shenfield Operatic Society, which won three awards at The Brents. For Professional Theatre company DOT Productions ( for which she is Co- Producer)she has directed a Musical concert, Murder Mystery Play “Murder in a Dolls House” and a Rehearsed reading of a new Boardroom Farce “The Disapointed Optimist”.Louise is also a professional actress and roles played include: Agatha in “Lady Windermere’s Fan”, Alice in “Finding Alice”, Kate Hardcastle in “She Stoops to Conquer” , Cecily in “The importance of Being Earnest”, Dromio in “The Comedy of Errors”, Betty Woodhouse in “Dangerous Corner” and Honey Tooks in “The Mating Game” (all touring theatres and open-air venues for DOT Productions), Merryweather in “Hapgood” (Dixon Studio, Full Circle Theatre Company) Jill in “Jack and The Beanstalk”, Grandma in “Red Riding Hood” (Hens Theatre Company), Detective Jane Lydon in “The Punk Reunion” and Etna in “Halloween” (Big Break Productions) Baron Von Razor Claw in “The Ugly Duckling” and Island Princess in “Treasure Island” (UK Theatre Tours for Derek Grant Organisation) Nicki in “Shakers” (UK Theatre tour for Upbeat Theatre), Hermia in “A Midsummer Nights Dream” (London Fringe, Compromise Theatre), Quangle Wangle in “Owl and Pussycat” (Brentwood Theatre), Morgiana in “Ali Baba” (Lanternfish Theatre), Phoebe in “Around The Pond in 80 Days” , Jessica in “Brilliant The Dinosaur”(Resident Lancaster productions for Whirlwind Theatre), The Blue Fairy in “Pinocchio” (Wheelhouse Productions) Various in “The 60s in 60 Minutes” (Mullet Productions) and Maid Marion in “Robin Hood” (M&M Productions).Film work includes; World Darts Championship commercial for Sky Sports (PDC) Jade in “Under Occupation” for Essex County Council, Jenny Peters in “A Contradiction” (Mango Rapid Productions).

Faye started learning musical instruments at the age of four and began her professional musical training at the age of eleven at the Guildhall School of Music and Drama. She also trained with the National Youth Music Theatre of Great Britain and the National Children’s Orchestra of Great Britain. Faye has been lucky enough to be part of many exciting performances including the BBC Proms, the Edinburgh festival and for the Royal family at Buckingham Palace. Her favourite performance was in “Oklahoma” for the BBC where she was awarded the coveted Blue Peter badge!

Faye has been teaching singing and piano for five years, after leaving Guildhall. She is passionate about helping her students reach their full potential and loves being able to see her students grow in confidence.

Rebecca has been dancing since the age of two, where she trained at Hildale Academy of Performing Arts with the ISTD taking examinations in Ballet, Tap, Modern and Jazz. She achieved her ISTD Foundation in Dance instruction at Tiffany Theatre College and completed her Diploma in Dance Education at Anthony Clifford Studios. Rebecca is also now currently studying towards extending her IDTA teaching qualifications.

She is passionate about dance and teaches at several dance schools around Essex Rebecca is experienced at teaching the ISTD and IDTA syllabus to both children and adults, preparing them for exam success. She has choreographed many shows and displays in the local area, with her remarkable choreography skills keeping her in demand. 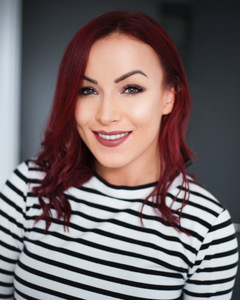 Sophie began her training at Jayne A Coleman Academy of dance, in ISTD Ballet, modern, tap and jazz in Berkshire, and then went on to receive a scholarship to train at Tiffany’s Theatre College and gained a Diploma in performing arts. Graduating from Tiffany’s she took a contract to dance onboard the Costa Cruise lines travelling around Asia. She then went on to train at the world famous studios in L.A and in various company’s in London working on hip hop and commercial. She has been lucky enough to be part of a some great jobs, some of her highlights are, regularly dancing for JD sports, new launches for Puma, Ellesse, adidas and Nike. Sophie has also been one of four dancers in a recent music video for Amelia Payne, and danced on the main stage at Luxembourg festival. Sophie has been teaching dance for 5 years,at many different dance schools in Essex, and loves giving back the knowledge that she has gained.